Ronda will be the next Nant’an of F3 St. Louis. You all know and trust this high-impact man. He is the right man, called to lead and serve us on the next 43 ft.

I’m extremely grateful to have had the opportunity to serve as Nant’an this year. Two months ago, Dark Helmet asked me to join his new leadership team as the F3 Nation U.S. Sectors Lead. I resisted with “not ready, not the right time, I can’t do it.” Those answers changed because of you. Thank you. I’ve accepted the opportunity and I’m honored to serve there next.

Ronda, myself, the SLT have been preparing for this change. The F3 Leadership Manual, Q Source, states that preparedness is “Getting Ready For The Expected While Being Ready For The Unexpected.” It is time and we are ready.

Just what should happen as prescribed in the F3 leadership model. In the book, Freed To Lead, the story of how F3 was created, the role of Nant’an is borrowed from the Apache Indians, as described in The Starfish and the Spider. The Americans and Spanish were not able to overcome the Apache tribes by killing or corrupting their chiefs. Every time the would-be conquerors thought they had the right man, another man would pop up to lead the Apaches’ stubborn and continued resistance. They were a starfish, comprised of self-sustaining appendages that were loosely connected through a cultural and spiritual leader, the Nant’an. “The strategy failed because no one person was essential to the overall well-being of Apache society.”

F3 regions are organized in the same way, with a Nant’an. He is the cultural and spiritual leader of F3. He is responsible for all outcomes and must serve the pax. The only real power he has is to cut off an appendage if it will not adhere to the F3 core principles.

Leading with love, influence and candor are crucial skills for a Nant’an. Seeking out the blunt truth – what needs to be said and done for the success of the region. Only then can a Nant’an be called a Nant’an. The name is earned by how the transition happens. Does the Nant’an leave the group in a better position than he found it?

[Read the book to learn how Apaches were corrupted. Hint: They were influenced to make each man care about himself more than he does about the tribe or the other men in it.]

But I don’t like change. Will we start doing things differently?

Nothing’s changing. You will continue to accelerate our mission. You will plant, grow and serve small men’s workouts for the invigoration of male community leadership. You will ensure that F3 is free, open to all men, held outdoors, is peer-led in a rotating fashion and ends in a circle of trust. You will pick up the 6. You will EH the men around you to join us.

The Nant’an and region Shared Leadership Team are here to serve you in this mission. Ronda will love on and wrestle you out of your resistance and fear to take a bold next step and activate an idea. Guaranteed. Just as Sheldon, our first Nant’an, has done, I will continue to be an ideal pax member to participate and lead where asked.

How long will the transition take? When’s this thing happening?

Immediately. Ronda has graciously agreed to step up. He is your new F3 Nant’an. Let him love on and challenge you. You’ll be much better for it. I know I am.

Oh yeah! Of course! Youbetcha! We’re planning an awesome celebration and ceremony to both recognize Sheldon, whose transition was clobbered by a COVID Zoom call, and Ronda when I hand over the F3 Region shovel flag to this HIM. 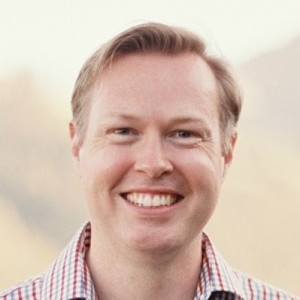 Join us in The Gloom

Find a Work Out

© F3 St. Louis. All rights reserved. The circle F3 logo is used with the permission of F3 Nation and is a registered trademark of F3 Nation, Inc.